You may no longer find it in the major cities with their international restaurants, but in the country inns for sure: the tradition of offering a pepper grinder on the table right next to the salt. Pepper, the dried fruit of the tropical vine Piper nigrum is one of the wonders of nature’s pharmacy. Indulgent, but effectively, it helps out our digestion system.

The beginning of the great era of East Asia trade in the 17th century must have been a quantum leap on the way to healthy cooking. Pepper was now shipped to the most remote European provinces over the harbours of the Netherlands. For the first time, the general public could afford to cover meat and fish with the Indian fruit that preserved and provided protection from dangerous pathogens, and in those days was clouded in mystery. The flavouring agent piperine and its derivates have an antiseptic effect and are still indispensable in the production of spiced ham today.

But the essential oils of the pepper accomplish even more. They encourage our body to release enzymes that improve our bowel function. As an example, due to the high the concentration of the substances, Ayurvedic medicine uses pepper against obesity. Pepper even makes heavy meals easily digestible. This knowledge was preserved in the traditional country inns, and the chef will not be offended if you add a little more to his suggested “pepperiness”. Quite the opposite! At the country inns people know: Only the right dosage creates wellbeing…

Our pepper products at the KönigsSalzShop 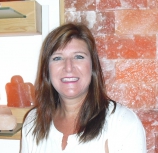